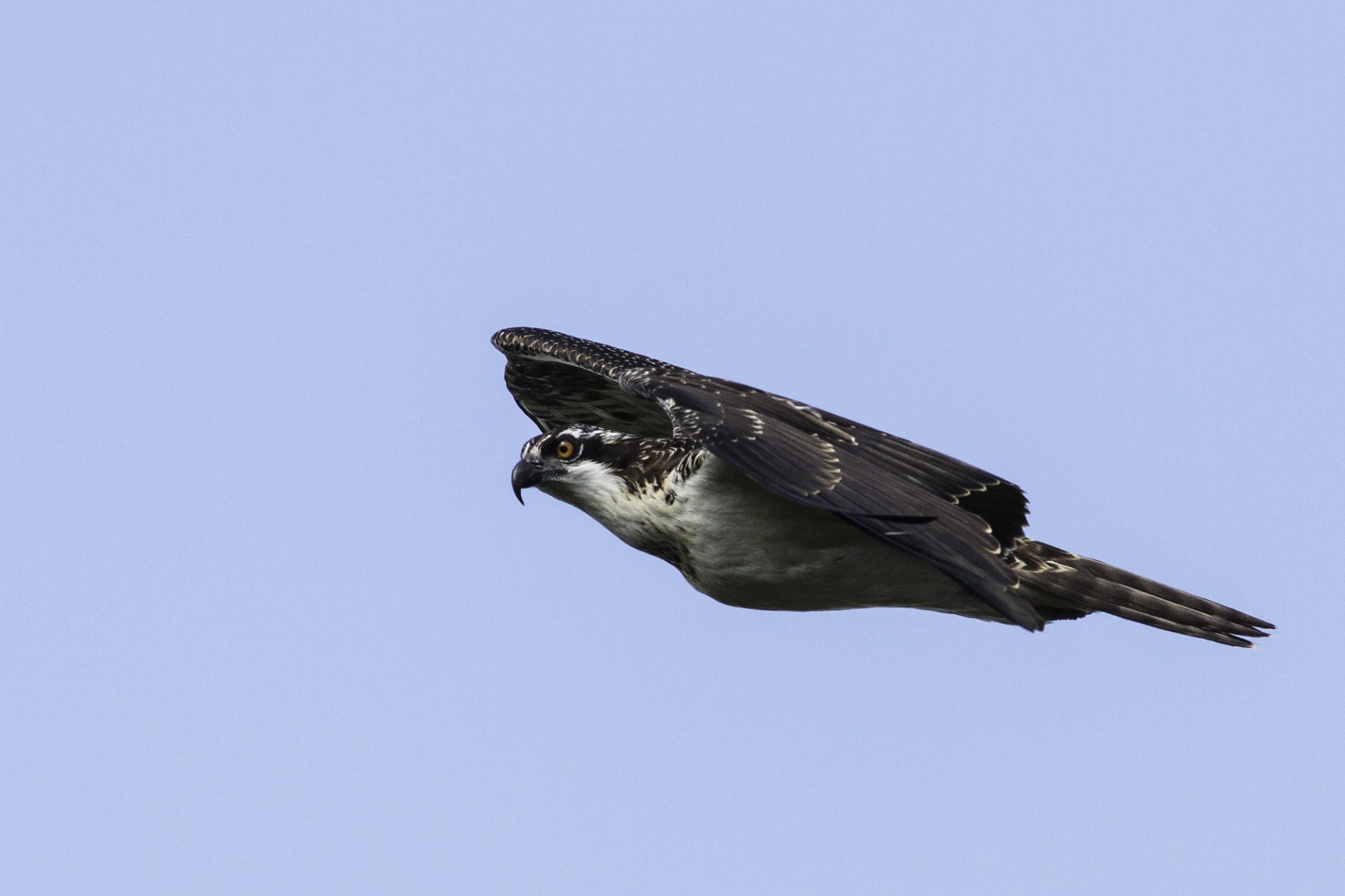 The members of the Hitchcock Hawkwatch counted 3,000 migrant birds of prey over the month of September, averaging 100 per day. While this is slightly lower than the historic average of 3,226 covering the 18 years of data available to me, it is well above the average of 2703 covering the last 10 years.

The most numerous species counted was Turkey Vulture at 1643 individuals, which is way higher than average for September, and more than half of our yearly average. Hard to know if these birds were moving early or if it's going to be a good year for Turkey Vultures here.

The next three most common species in September were all buteos: Broad-winged Hawk (387), Red-tailed Hawk (207), and Swainsons Hawk (204). We had a pretty decent push of Broad-winged Hawks early in the season and should hopefully be seeing more of them along with more Swainsons moving through in early October if the winds are kind. Red-tailed Hawks have been the most numerous non Turkey Vulture in recent days and different subspecies are starting to move through. So far at the watch I've seen at least 3 Harlans and 1 Krieders, along with both eastern and western birds. Red-tailed Hawk numbers and diversity should continue to increase throughout October.

At 88, Osprey numbers are slightly lower than usual for the month, as are Northern Harriers at 23 individuals. Osprey movement will likely be tapering off in the next couple of weeks, while it's likely that Harriers will continue to move throughout the season.

Sharp-shinned and Coopers Hawks are neck and neck at 94 and 102 respectively. This beats the last two Septembers in terms of numbers but we've still got a long way to go to reach historical averages of either species. It seems likely that the next cold front will usher in a good accipiter flight.

We've counted 3 Red-shouldered Hawks moving past the tower so far, a pretty typical number in recent years. The big surprise of September in the Buteo world was the 4 Ferruginous Hawks counted. 3 individuals was the previous season record, and they are typically detected after mid-October. This many this early could be an indication of a good year to come for them here or have something to do with the fires out west. Very tough to say but it's to be hoped these regal birds will continue to move through in the coming months.

The falcons have been an interesting case this September also, with 83 American Kestrels, 13 Merlins (all Taiga so far with the Prairie subspecies moving a bit later), and 21 Peregrines. September kestrel numbers are the highest they've been since 2006 while Merlin and Peregrine numbers are down from what we typically expect from the month.

3 Mississippi Kites were counted moving past the tower this month, about half of the average but far better than zero! This species is an early migrant and it seems pretty likely that more moved through before the count started on September 1.

Bald Eagle numbers were higher than average for September with 104 and are likely to keep building throughout the season as weather turns colder. Another surprise for the month was an earlyish Golden Eagle. Possibly another instance of a bird moved around by the fires or just an early migrant? We can only speculate. We expect to see more Goldens moving through as the weather changes.

In the coming months, there are 3 more raptor species regularly detected at the hawkwatch that have yet to make and appearance this year: Rough-legged Hawk, Northern Goshawk, and Prairie Falcon. These could show up anytime now and you can bet I'll be on the lookout for them, especially when the next cold front comes through!

Following is a list of non-raptor migrants counted from the tower this September. These numbers take second place to searching for raptors and reflect actively migrating individuals (moving south vs. foraging overhead).

Also notable has been the near constant presence of Red-breasted Nuthatch and Pine Siskin near the tower. As other sources have noted, seems to be a good/early year for them this year!

We're always looking for more eyes to help out, whether you've got an hour to spare or a couple of days a week! The count will continue every day from now until December 13. Due to COVID-19, the top level of the hawkwatch tower is closed to all but hawkwatchers and in order to maintain proper distancing, only 4 people are allowed up top at a time. For more information on becoming a Hitchcock HawkWatch volunteer please email Kate Simmons, Community Relations Coordinator.

All levels of experience are welcome! If you're interested in keeping a closer watch on how the count is going, numbers are posted daily here.

Thanks for reading, and a huge thanks to everyone who has put in time up on the tower! Happy HawkWatching!

All photos taken from the Hitchcock Observation Tower, September 2020

Back: All News
This page was printed from the Pottawattamie County, Iowa, website, POTTCOUNTY-IA.GOV, on 5/18/2021.