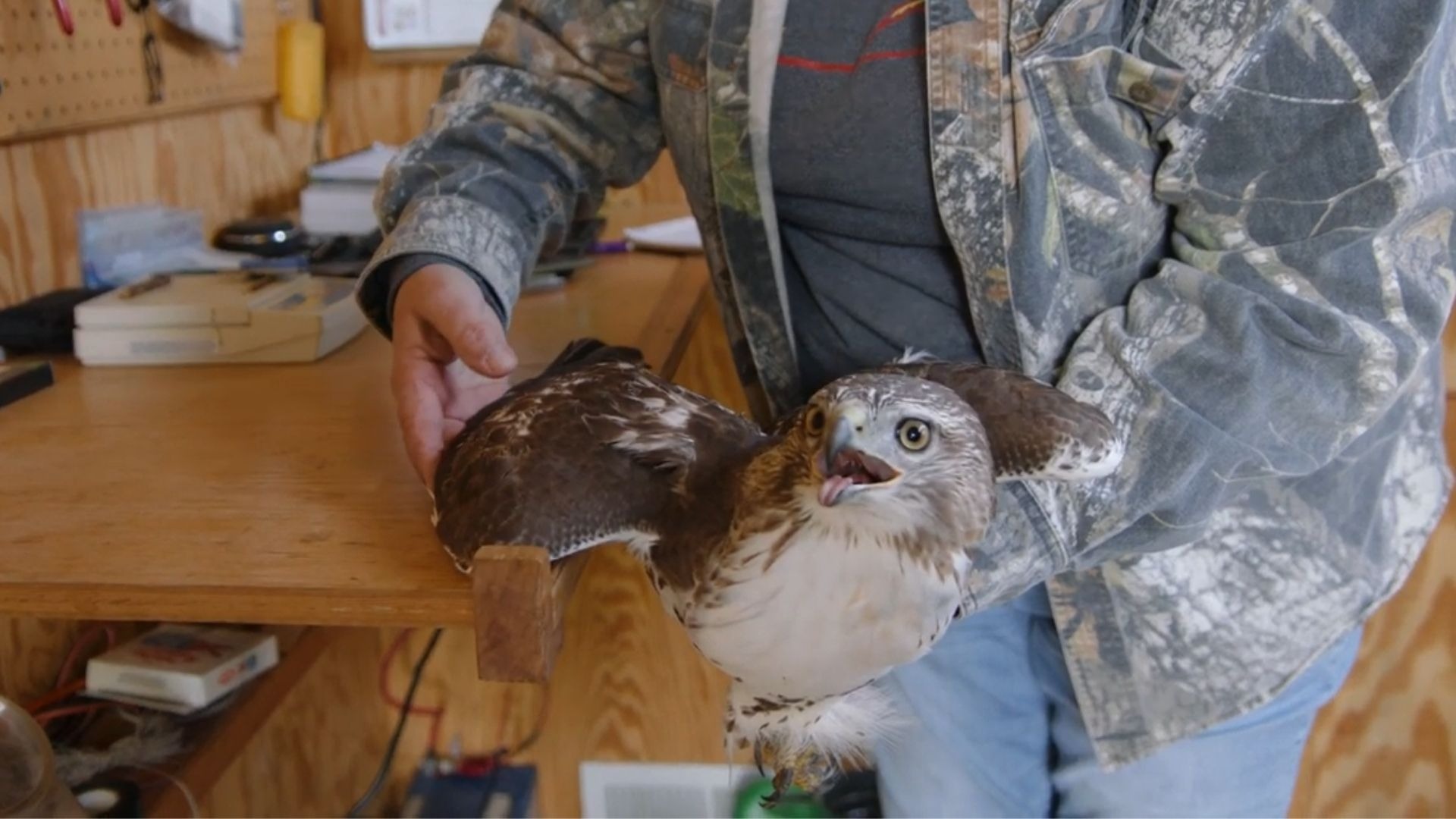 Join Pottawattamie Conservation Sunday, October 17th between 1 and 4 p.m. at Hitchcock Nature Center for the 30 Years of HawkWatch Celebration and meet live raptors from Fontenelle Forest, learn about what’s migrating with Hawk Counter Caleb Strand and meet international wildlife photographer Ty Smedes as he shares raptor photos and stories from the field.

Every year between September 1st and mid-December, HawkWatch volunteers climb the Hitchcock observation tower and brave heat, cold and wind as they observe an average of 13,000 migrating raptors.

Donning binoculars, trained volunteers spend hours peering into the sky and surrounding landscape with the hopes of catching a glimpse of one or several of the species of raptors that pass by Hitchcock on their journey south including bald eagles, peregrine falcons, red-tailed hawks and merlins.  At times, certain species will even group into large kettles (flocks) that can number in the thousands, effortlessly riding the winds that crest over the Loess Hills.

Hitchcock Nature Center is an optimal location to watch this miraculous annual migration due to its position in the Loess Hills on the edge of the Missouri River Valley. Prevailing westerly winds create near perfect conditions, or a “hawk highway,” for migrating raptors as birds soar on thermals and topographically-induced upward wind deflections as they journey south.

Beyond the advantages of wind, this hawk highway is also opportunistically placed in the center of the continent, intersecting the ranges of both eastern and western species of raptors.  This intersection allows the Hitchcock HawkWatch to be one of the most diverse HawkWatches in the country, documenting 21 species of migrating raptors and several subspecies.

The data gathered by our HawkWatch volunteers is used by the Hawk Migration Association of North America to better understand how these important species are impacted by climate change, habitat loss, poisoning and disease.

“Birds of prey are predators at the top of the food chain; because threats like pesticides, habitat loss, and climate change have the most dramatic impact on top predators, we refer to them as indicator species.” — HawkWatch International In turn, data on migrating raptors can provide early insights into what’s happening to the climate as a whole, affecting ecosystems and species across multiple continents.

HawkWatch member and raptor biologist and bander Jerry Toll has been part of the group since its inception, sharing his knowledge with others and helping HawkWatch grow over the years.

Toll is often found in a blind off of Hohneke Trail, catching and banding raptors to gather data like age, gender, health condition and plumage characteristics that can show where the bird bred and its migration patterns. The band he places around a raptor’s leg has a number that can be reported to a federal agency, which will eventually report back with how long the bird lived, where it was found and how it died.

“Using this information, collectively we gain a better understanding of the ecology of the species including effects of climate change and other detriments,” Toll said.

You can learn more about the fascinating world of raptors and support HawkWatch’s vital conservation work by joining us for the 30 Years of HawkWatch Celebration on October 17th! This family-friendly event is free with $5 park admission or an annual permit.

“This hardworking group spends hours in the cold, wind and rain to make sure migrating birds are being tracked every day during migration season,” Pottawattamie Conservation Volunteer & Facilities Coordinator Dana Kruse said. “They believe in their work and we’d love for the community to come out and learn more about why it’s so important.”

Interested in joining HawkWatch? We are currently looking for both novice and experienced individuals to join us! Fill out our volunteer application or contact Dana Kruse for more information.

Pictured below are some of our amazing HawkWatch volunteers. We are so grateful for everything they do to track migrating raptors and support conservation efforts!